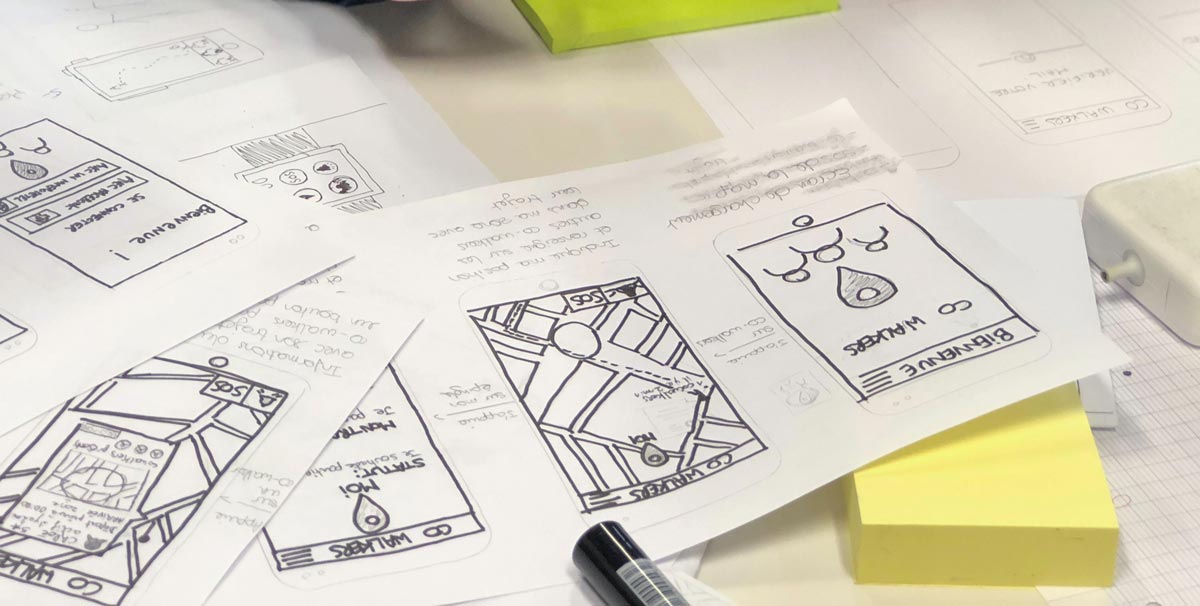 Use Prototyping to Fail Intelligently and Test Your Ideas

When people hear the word “prototype,” they normally think of robots, machines, or gadgets – usually with a lot of loose wires hanging off them.

But we want to talk about prototyping as an action. It’s building and testing various “draft” versions of your idea – all designed to help you figure out that idea and develop it.

It could mean building one of those wired-up gadgets, or it could be as simple as drawing a sketch on paper. But what kind of ideas or products can you prototype?

Anything can be prototyped. You just have to get into the right mindset.

Think about it this way: Prototyping is about failing early so you don’t fail late.

It’s not about getting it right the first time, or even the second time. It’s about rapidly improving your idea through trial and error, which is a lot less risky than blowing it out fully and then testing it.

But why even build a prototype? After all, it would be simpler to just ask people some questions in a survey. Here’s the thing…you need to build something to really learn about it.

If you show an abstract idea to people, they’re more likely to respond hypothetically. But prototyping gives them something tangible they can interact with and react to. This will get you better, more valuable feedback.

Make sure you’re using your prototype to ask a question, not just show people your idea. Think about what you need to learn to keep improving and iterating. Don’t worry about things looking pretty. You’ll get to the polishing stage after you get the info you need. Now that you know the What and Why of prototyping, let’s revisit that “you can prototype anything” claim. Seriously, you can.

Let’s say you’re a chef who’s creating a new dish. Before you debut it in your restaurant, you could test and improve the recipe by creating different versions for people to try. You could then use their feedback to tweak and refine your dish.

You could prototype how you work. One day a week could be your “prototype day,” when you’d try things like having meetings only before 1 pm or doing them all standing up. Whatever works, you’d add to your normal schedule.

The future of healthcare can even be prototyped. Kaiser Permanente uses the Garfield Innovation Center to do just that. It includes replicas of hospital rooms, doctor’s offices, and people’s houses. It even has robots.

Their prototyping involves cardboard mockups, technology simulations, and recreated workflows. This allows them to tweak processes and methods in a safe environment.

When you’re in the early stages of developing your idea, you can prototype to explore it. This usually involves moving it from an abstract concept into a simple physical, digital, or experiential item.

Once you have a solid concept, you might not know how it would actually work. That’s when you can prototype to learn how people’s innate behaviour can shape your product’s behavior.

As you flesh out your idea, you may have specific questions about a certain feature or aspect. For example, should it be blue or red? What age group will it appeal to? You can prototype to test to get people’s feedback.

Now let’s match some scenarios to prototyping stages. Remember: You explore by creating a simple physical item early on. You learn when people’s behaviour tells you how your product should work. You test when you have specific questions about a feature.

What stage of prototyping is this?

Dan is starting to develop his idea so he creates a physical prototype to explore it. Ted prototypes to study shoppers’ behaviour and to learn how his grocery store can work. Kit creates a prototype website to test interest level in her app.

The good news is you don’t need a fully-baked concept to start prototyping.

Even if you only have the smallest wisp of an idea, you’re ready to start prototyping. In fact, prototyping can help you think through your idea.

Your initial prototypes can be as simple as sketches. Just make sure to do at least 2 different versions so you can compare and contrast them.

An easy way to try prototyping is to start with your work environment or schedule. For example, you could prototype how you do meetings, how your workspace looks, where you work, or your daily schedule.

I want to prototype how I do meetings. I’ll do them standing up and use a 10-minute time limit. I’ll try the first version on Tuesday and second on Thursday. I’ll get feedback from my assistant.

Designer and Project Manager who loves crafting big ideas and is passionate about designing meaningful experiences that can influence positive change and help make the world a better place.

How to Design Low-Fidelity or Paper Prototypes

A prototype is an early model of a product that…

How to Create Big Picture and Close-up Storyboard

An empathy map is an easily understood chart that explains…

How to Build Realistic User Persona: Benefits and Checklist of Persona

Personas are fictional users whose goals and characteristics represent the…